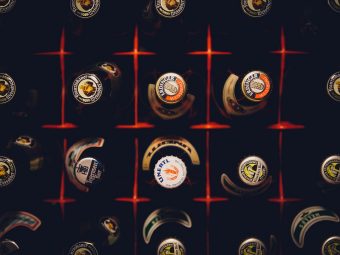 With summer still in full swing and heatwaves gripping countries around the world, breweries across Germany have been scrambling to keep up with the beer demand from hot and thirsty customers. The brew masters have enough of the bubbly beverage to go around, but companies are running out of containers to distribute their goods as people continue drinking beer without returning the bottles for reuse fast enough.

While there are approximately 4 billion beer bottles in circulation within Germany, the demand for beer is higher than the return rate of the glass bottles. Germany is very proactive in recycling, having one of the highest recycling rates in the EU at around 50 percent, according to a Eurostat data report. Customers pay a small deposit on bottles when they buy beer from the store, which they get back when they return the empty cases. This small incentive, and a high regard for the environment, encourages customers to reuse and refill the glass bottles up to 30 times.

Greif Brewery recently told its customers to return their empty bottles, or they would have to go without beer. “We’ve had a beer bottle shortage since the middle of May,” said Christian Schuster, employee of Greif Brewery. “We can’t get hold of used ones fast enough, and ordering new ones takes time. I’m having to send my delivery guys out to look for old, empty bottles.”

According to master brewer Thomas Tyrell, who heads up the Berlin plant for California’s Stone Brewing, German attitudes toward aluminum cans are contributing to the problem as much as the heat is. Most Germans believe that cans are not environmentally friendly, so they prefer glass bottles. This is not the case, he pointed out, and the cans hold the same small deposit fees as their glass counterparts. Many Germans also see drinking beer out of a can as being crass and ill-bred, but soon they may not care as many breweries struggle to put fresh beer on the shelves.

Meanwhile, Stone Brewing may have found the only solution to the problem. Stone opened its first brewery in Berlin two years ago — with canned beer. Manners aside, Tyrell added, “We think it’s best for the beer… there is no light ingress and, over time, there are some oxygen permeations through the lid of a bottle, which the can doesn’t have.” Any beer is good beer when there is none to be had, but with crisp and refreshing beer, Stone seems to hold a sustainable recipe for success.