Mountains aren’t just a sight to behold—they cover 22 percent of the planet’s land surface and provide habitat for plants, animals and about 1 billion human beings. The vital landforms also supply critical resources such as fresh water, food and even renewable energy.

Unfortunately, mountains are under threat from the impacts of climate change, land degradation, over exploitation and natural disasters, the United Nations warns. What’s more, the UN admits that mountains are “often forgotten” in its own 2030 sustainable development goals.

That’s why the theme of 2018’s International Mountain Day is #MountainsMatter. The aim of this year’s occasion is to “create a large social movement that can bring mountain issues on the tables of politicians,” the Food and Agriculture Organization (FAO) of the United Nations said.

“Through a global campaign, a social media strategy and events around the world, FAO plans to tell the world that the current neglect of mountains and mountain peoples must stop,” the agency added. 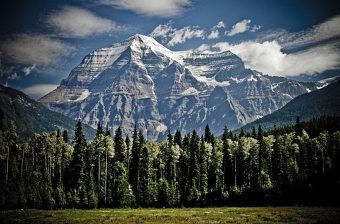 Here are seven reasons why mountains matter, according to the FAO:

1. Mountains Matter for Water as mountains are the world’s “water towers,” providing between 60 and 80 percent of all freshwater resources for our planet. However, all available records indicate that glaciers in mountain ranges around the world are retreating and disappearing due to climate change. At least 600 glaciers have disappeared completely over the past decades, affecting water supplies relied on by billions living downstream.

3. Mountains Matter for Tourism as mountain destinations attract around 15-20 percent of global tourism and are areas of important cultural diversity, knowledge and heritage. Although mountain tourism has the potential to foster economic development in remote and isolated regions, many mountain communities are still not benefiting and live in poverty.

4. Mountains Matter for Food as they are important centers of agricultural biodiversity and are home to many of the foods that come to our table, such as rice, potatoes, quinoa, tomatoes and barley. Yet they are home to some of the hungriest peoples in the world with a high vulnerability to food shortages and malnutrition, and climate change is affecting mountain agriculture.

5. Mountains Matter for Youth as despite the beautiful landscapes, life in the mountains can be tough, particularly for rural youth. Abandoning their villages in search of employment elsewhere has led to an absence of young people and an increasing labor shortage. Migration from mountains leads to an increase in abandoned agricultural land, degradation and often forest fires. At the community level, cultural values and ancient traditions are lost.

6. Mountains Matter for Indigenous Peoples as many mountain areas host ancient indigenous communities that possess and maintain precious knowledge, traditions and languages. Mountain peoples have developed remarkable land use systems and have a wealth of knowledge and strategies accumulated over generations on how to adapt to climate variability.

7. Mountains Matter for Biodiversity as half of the world’s biodiversity hotspots are concentrated in mountains and mountains support approximately one-quarter of terrestrial biological diversity. Mountains are home to rare animals such as gorillas, snow leopards and the majestic tahr as well as strikingly beautiful plants such as orchids and lobelias.

If you’d like to join the conversation, use the hashtag #MountainsMatter on social media to share why mountains are important to you. 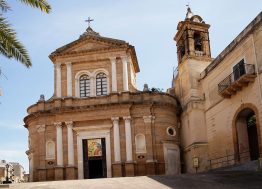 Beautiful, Historic Town in Sicily Is Selling Homes for $1 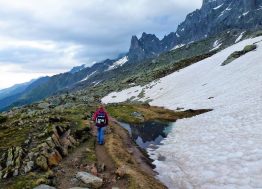 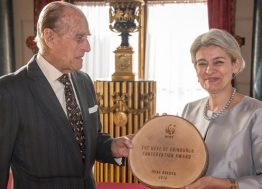