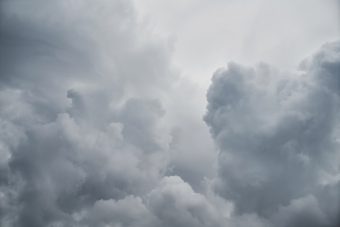 More than half of the British public believe air pollution levels across the UK are damaging to their health and almost two-thirds back proposals for new laws to tackle the issue, according to research.

Canvassing the views of 1,670 adults, the survey found that 58 per cent believed the current levels of air pollution in the UK to be either harmful or very harmful to health, a figure that rose to 73 per cent among Londoners. What’s more, 65 per cent of those polled said they would support a new Clean Air Act to tackle the issue.

The study, undertaken by YouGov, was commissioned by the environmental law organisation ClientEarth on behalf of the campaign for a new Clean Air Act.

Launched this week, the campaign is a coalition of organisations, charities and activists – including Greenpeace, the British Lung Foundation and Sustrans – calling for fresh legislation to reduce air pollution.

“This poll clearly shows that people across the UK want the prime minister to get serious about the toxic and illegal levels of air pollution,” said James Thornton, the chief executive of ClientEarth which is leading the coalition.

“This is an urgent public health crisis over which the prime minister must take personal control,” he added. “She must listen to the country and come up with a credible plan that will reduce air pollution as soon as possible, so we are not choking on illegal levels of pollution until 2025 or beyond. The time for excuses is over.”

Poor air quality is a growing issue in cities around the world and is linked to a host of health problems, including heart failure, strokes and dementia.

“It’s no exaggeration to say that air pollution is a public health crisis. It contributes to up to 40,000 early deaths a year across the UK,” said Dr Penny Woods, chief executive of the British Lung Foundation. “Toxic air is a risk to everyone but hits those with a lung condition, children and the elderly hardest.”

The problem is acute. Last month it was found that parts of London had exceeded their annual legal limits for nitrogen dioxide (NO2) in the first five days of the year, while January’s cold, still weather exacerbated problems across swaths of the UK, with multiple regions rated as having high or very high pollution levels, and the capital put on high alert. Last week, the European commission announced it was escalating action against the UK for its failure to keep to agreed limits on air pollution.

But while the study suggests the majority of Britons would back attempts to improve air quality, the fervour appears to be split along Brexit lines. Those who voted to leave the EU were less concerned about air pollution, less likely to support the banning of diesel vehicles in areas of high pollution, and were less inclined to place the burden of addressing the problem on the government’s shoulders; while 67 per cent of remain voters held the government among those chiefly responsible for keeping our air clean, only 47 per cent of leave voters felt the same. By contrast both camps strongly believed the motor industry and other businesses linked to air pollution should lead the way.

What’s more, while half of remain voters said air pollution had worsened over the last eight years, those who voted leave were more sanguine, with only 36 per cent believing the problem had grown.

Although 57 per cent of leave voters support a new Clean Air Act, with mooted measures including reducing traffic and shifting to low-emission vehicles, only 33 per cent felt that when Britain leaves the EU, there should be stronger laws on air quality in Britain. More than half of remain voters said they supported stronger laws.

Simon Birkett, founder and director of Clean Air in London, part of the new coalition, stressed the need for action, adding that any legislation should ensure powers and responsibilities are given to the mayor and local authorities to tackle the problem.

A government spokesperson defended current plans to tackle the issue. “We are firmly committed to improving the UK’s air quality and cutting harmful emissions. We have committed more than £2bn since 2011 to increase the uptake of ultra-low emissions vehicles, we support greener transport schemes, and have set out how we will improve air quality through a new programme of clean air zones.

“In addition, in the autumn statement, we announced a further £290m to support electric vehicles, low-emission buses and taxis, and alternative fuels. We will update our air quality plans in the spring to further improve the nation’s air quality.”