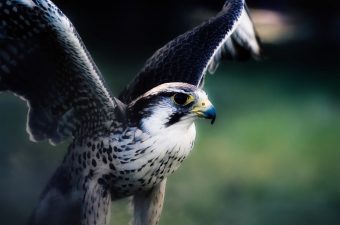 After analyzing the status of all 557 raptor species, biologists discovered that 18 percent of these birds are threatened with extinction and 52 percent have declining global populations, making them more threatened than all birds as a whole.

Comparatively, 40 percent of the world’s 11,000 bird species are in decline, according to an April report from BirdLife International.

The new research, published last week in the journal Biological Conservation, was led by biologists at The Peregrine Fund and in collaboration with nine scientific organizations and is the first to focus specifically on the status of raptors, according to Stuart Butchart chief scientist at BirdLife International and one of the paper’s coauthors.

“In particular, raptor species that require forest are more likely to be threatened and declining than those that do not, and migratory raptors were significantly more threatened than resident species,” Butchart said on the BirdLife International website. “The greatest concentrations of threatened species are found in South and South-East Asia.”

Unfortunately, human activities are one of the main reasons behind the decline. Threats include habitat alteration or destruction, intentional killing, intentional and unintentional poisoning, electrocution and climate change, the research shows.

“Vultures in South Asia have suffered catastrophic population declines owing to the toxic effects of the veterinary drug diclofenac,” Butchart continued. “In Africa, vultures and owls are killed for their body parts to be used for supposed medicinal benefits. Many other raptors are vulnerable to electrocution or collision with powerlines. But as with most bird species, unsustainable agriculture and logging are the primary threats.”

Raptors, also known as birds of prey, have hooked bills, curved talons, sharp eyesight and other special features to allow them to hunt for food.

Although raptors are at the top of the food chain, they reproduce slower than many other birds, meaning they are “more sensitive to threats caused by humans and are more likely to go extinct,” Sarah Schulwitz, director of the American Kestrel Partnership at The Peregrine Fund, explained in a press release.

Saving these carnivorous birds is important because they play a key ecological role. For instance, avian scavengers such as vultures clean up dead animals and other carcasses from the environment. Raptors also control populations of rodents and other small mammals.

“Raptors provide critical ecosystem services, but there has never been a systematic, global synthesis of their conservation status or threats. We needed to change that so we can identify and prioritize our conservation efforts,” Chris McClure, director of Global Conservation Science at The Peregrine Fund added in the release.

The researchers offered a number of recommendations to stop this decline.

“As well as site protection, we need to strengthen and enforce laws preventing illegal killing and unsustainable hunting,” Butchart advised. “Other priorities include education and awareness-raising, policy changes such as improved regulation on the use of poisons, and safety measures for dangerous powerlines. For migratory species, international cooperation is of particular importance, including through Species Action Plans such as those developed under the Convention of Migratory Species.”