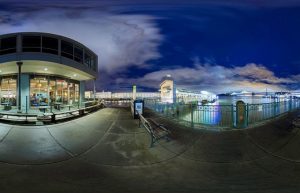 The sheer number of people who live in cities now and who are expected to move into them in the coming years is startling. Around two-thirds of the world’s population is predicted to live in an urban area by 2050, which means there are also major financial implications when extreme weather like unexpected storms and flooding cause disruptions in businesses and governments.

The good news is that while cities are particularly at risk from the climate crisis, they are also behind some of the most powerful solutions. That’s why we’re taking a look at five of our favorite sustainable cities in the world and the steps they’ve taken to become leaders in clean energy and climate solutions.

Copenhagen is often ranked as one of the greenest cities on the planet. Why? For starters, in 2009 the city set a goal to become the world’s first carbon neutral capital by 2025 as part of its CPH 2025 Climate Plan. Copenhagen has focused on reducing energy consumption in a variety of ways, including using an energy-efficient district heating system that connects to nearly every household and innovative cooling systems that save around 70 percent of the energy compared to traditional air conditioning.

Copenhagen has also focused on reducing emissions and improving the health of its residents by improving mobility, integrating transport and building what’s known as a super cycle highways. Super cycle highways and other bike lanes around the city have led to 45 percent of the city’s residents commuting by bike every day.

It’s no secret that San Francisco and the surrounding Bay Area are a serious tech-hub and home to some of the most innovative companies in the world, including Salesforce, Airbnb, Uber and Twitter. Innovations in technologies to improve energy efficiency in buildings and enhance its transportation system have helped make San Francisco a leader in sustainability and clean energy. Just look at the city’s public transit system: it’s not uncommon to see hybrid-electric buses driving down the city’s streets and more than half of all MUNI buses and light rails are zero-emission.

The Bay Area has also cut its water consumption drastically in recent years. As California has battled serious droughts, San Franciscans have reduced their water consumption to around 49 gallons of water per day on average (the national average is 80-100 gallons per day). These conservation tactics and other advances in sustainable food, recycling and composting are expected to help San Francisco reach its goal of becoming zero waste by 2020.

Vancouver has been on the forefront of environmental activism for decades. In 1990, it became one of the first North American cities to outwardly address the climate crisis by releasing a report called The Clouds of Change. This was just the beginning of an environmental strategy that Vancouver released years later in 2012, the Greenest City Action Plan, which set 10 goals to achieve by 2020, including increasing green jobs, reducing community-based greenhouse gas emissions and expanding green buildings around the city.

Additionally, Vancouver has committed to getting 100 percent of its energy from renewable sources by 2050. This goal is particularly bold given that it targets all forms of energy in the city—including heating, cooling and transport—not just electricity. The city’s focus on clean energy and sustainability has led it to have the lowest greenhouse gas emissions per person of any major North American city. Between making sustainable improvements to neighborhoods’ energy consumption, striving for zero waste and continuing to develop its successful Greenest City Action Plan, Vancouver has set the stage for businesses and residents to work together to be one of the greenest and most climate change resilient cities on Earth.

Stockholm is a growing city that seeks to be an attractive home for newcomers and do good for the planet at the same time. Awarded the first “European Green Capital” recognition by the European Commission in 2010, Stockholm aims to be fossil-fuel free by 2050.

How does the city plan to reach this goal? One component is Sweden’s shift from oil to “district” heating, which means the nation now uses heat from centralized sources (such as a power station) to more efficiently heat and cool its buildings. District heating alone accounts for more than 80 percent of heating and hot water in apartments today and is one of the key factors in how Sweden has reduced its greenhouse gas emissions in recent years.

Another reason for Stockholm’s success with sustainable living is its residents, who pride themselves on being “climate-smart.” Eight out of 10 residents feel the city should urge citizens to live more environmentally-friendly and believe being climate-smart should be a natural part of living in a city (we do too!).

With a population of more than five million people, Singapore is often recognized as one of the most forward-thinking green cities in Asia. The city-state has developed a Sustainable Development Blueprint, which outlines sustainability goals leading up to 2030. The targets include improving energy efficiency by 35 percent, ensuring 80 percent of its buildings are certified green and having 80 percent of households be within a 10-minute walk to a train station.

Singapore has also improved its sustainability by making drastic changes in transportation. The city-state limits car ownership among its residents and has built effective public transportation systems, which has helped reduce pollution and crowding on streets and highways. Singapore’s public transit system helps residents navigate the city, along with biking and walking. 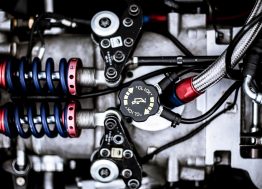