It could eventually remove more than 150 million pounds of trash from the Pacific Ocean.

It’s time to see if this activist’s plan to clean the ocean can really hold water.

Boyan Slat, a 21-year-old who gained worldwide recognition two years ago for his ambitious plan to rid the oceans of plastics, is one step closer to making his idea a reality. His foundation just raised the 1.5 million euros they needed to test their technology in real-life conditions, which will take place in the North Sea this summer.

Slat is founder and president of the Ocean Cleanup, a foundation dedicated to developing advanced technologies to rid the oceans of plastic. For the past three years, he’s been working on creating a massive underwater barrier that would collect and remove trash from the Pacific ocean.

The idea works like this: The V-shaped underwater wall would corral trash passing through into one concentrated area, to then be more easily removed and recycled.

If Slat’s technology is successfully implemented, it could remove almost half of the Great Pacific Garbage Patch — or 154 million pounds of trash, according to the organization’s estimates — in just 10 years. Current efforts would take up to 79,000 years to do the same, according to Slat.

The technology would go a long way to help the planet, as at this stage, without any reforms, the world’s oceans will contain more plastic than fish by 2050.

But before placing a 60-mile barrier in the Pacific ocean, they need to test it on a smaller scale — which is where the North Sea test this summer comes in.

If zou want to read an exclusive interview with Slat visit The Huffington Post’s site. 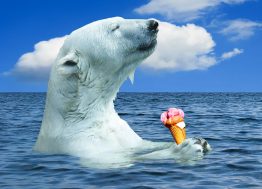 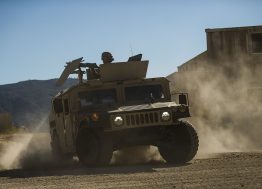