Was 2018 a tough year for the environment? Absolutely. But were there bright spots and victories among the attacks on biodiversity, climate and public health? Of course there were. Here are just a few, in case you’re feeling blue about the state of our only planet. 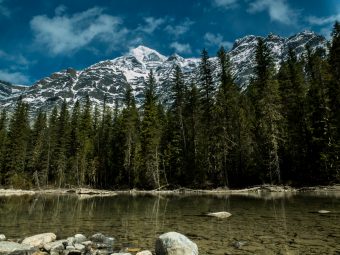 The Ousters of Pruitt and Zinke

The first few weeks of 2018 saw Scott Pruitt, then administrator of the U.S. Environmental Protection Agency, trying to deflect attention from several corruption scandals by publicly declaring his intention to halve the agency’s workforce and slash its operating budget by 30 percent, all toward his stated goal of “protecting taxpayer dollars.” Meanwhile, over at the Department of the Interior, then-Secretary Ryan Zinke was announcing his plan to get rid of 4,000 employees as a part of the largest reorganization in Interior’s history—one that would accommodate President Trump’s proposal, supported by Zinke, to cut the department’s budget by $1.6 billion.

By that point in their now mercifully truncated careers, both men had made clear their willingness to abuse their substantial power in order to reward cronies and supporters from the fossil fuel industry. This article is too short to list all of their various crimes against the environment and public lands and health, but they include the rollback of air and water protections, the opening up of U.S. coastal waters to offshore drilling, the shrinkage and pillaging of our national monuments and the cynical rejection of climate science.

Their boss, President Trump, admired his two hires’ dedication to destruction. But he came to hate the near-daily cavalcade of news stories detailing their shady dealings, which reinforced his administration’s reputation as an incubator of graft. Pruitt’s departure in July and Zinke’s resignation last week were met with cheers by practically every American who’s not currently employed in the oil, gas, or chemical industries—though their respective replacements, Andrew Wheeler and likely David Bernhardt, are every bit as dangerous (if not every bit as sleazy).

President Trump had been in office for only four days when, in one of his very first official acts, he signed an executive order advancing the controversial Keystone XL pipeline project that President Obama had blocked in 2015, signaling the brand-new administration’s old-fashioned obeisance to the fossil fuel industry. His signature (accompanied by the comment that he hoped his reversal of Obama’s decision would help “get that pipeline built”) was meant to fast-track the construction of a 1,179-mile tube designed to carry 830,000 barrels a day of filthy, toxic tar-sands oil from Alberta to Nebraska.