Spain has offered to host the COP25 UN climate conference in December after weeks of violent protests forced the Chilean government to cancel both the global environmental meeting and next month’s Apec trade summit. 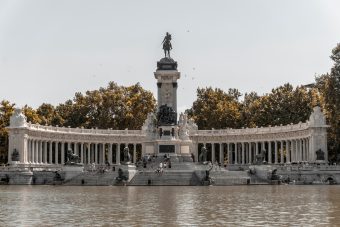 On Thursday afternoon, the Spanish government said the acting prime minister, Pedro Sánchez, had offered to help the Chilean president, Sebastián Piñera, “in any way that might be needed – including hosting the summit in Madrid”.

In a statement, it added: “Spain believe that multilateral climate action is a priority for both the UN and the EU, and one which demands the highest commitment from all of us.”

The Spanish government said its offer had been relayed to the UN by Carolina Schmidt, the Chilean environment minister who is also the president-designate of COP25. It will now be studied by the UN climate change panel at a meeting in Bonn next week.

Piñera had blamed the “difficult circumstances” Chile was facing for the decision to withdraw from hosting COP25, and said his government’s primary concern had to be “fully restoring public order, security and social peace”.

“This has been a very difficult decision – which has caused us great pain – because we understand perfectly the importance [of the events] for Chile and for the world,” Piñera said on Wednesday as he announced the decision.

“It is encouraging to see countries working together in the spirit of multilateralism to address climate change, the biggest challenge facing this and future generations,” she said in a statement.

Environmental activists expressed relief that the COP may still go ahead, but also concern about the logistics and cost for cash-strapped organisations who lost non-refundable tickets to Chile.

“It’s great that there is an offer on the table from Spain. But there is still uncertainty,” said Jennifer Tollman, policy adviser for climate diplomacy with E3G. “A lot of people sank a lot of money into this. For participants in developing countries this is a huge issue. Without support, this could impact participation by the global south.”

The change in venue could also affect the content of the talks. Tollman said the protests in Chile reminded delegates that social equality has to be part of the equation. “Climate policy has to be social policy. That’s what will be discussed inside and outside the negotiation rooms.”

Former climate negotiator for Colombia, Isabel Cavelier, agreed that the demonstrations in Santiago should focus the minds of participants on the need to halve emissions and radically restore nature.

“Otherwise the situation we are seeing in Chile – which led president Piñera to this extreme decision – will become the new norm, as social unrest will only be exacerbated by the climate crisis.”

Chile’s protests began in mid-October as a student-led fight against a 3.7% hike in metro fares. But the demonstrations quickly swelled into a much broader mutiny against inequality, the cost of living and police repression.

According to Chile’s Human Rights Institute, 3,535 people have been arrested since 17 October and 1,132 have been taken to hospital, 38 of them with gunshot injuries.

On 18 October, Piñera declared a state of emergency after violence broke out on the streets of the capital, Santiago. He later declared the country was “at war” with “evil” delinquents.

After failing to quell the unrest, Chile’s president tried to placate protesters with a conciliatory televised address in which he asked forgiveness for the “shortsightedness” of the country’s political leaders.