There was a time when industrial agriculture seemed to be a panacea for a fast-growing world.  Synthetic fertilizers, chemical pesticides and high-yield cereal hybrids promised to reduce hunger, accommodate growing populations and stimulate economic prosperity. Between 1960 and 2015, agricultural production more than tripled, resulting in an abundance of low-cost fare and averting global food shortages. 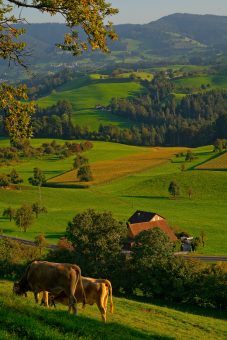 But not everything went as anticipated. Decades of industrial farming have taken a heavy toll on the environment and raised some serious concerns about the future of food production. “Efficient farming is not just a matter of production,” says James Lomax, a United Nations Environment Programme (UNEP) Programme Manager. “It is also about environmental sustainability, public health and economic inclusivity.”

Here are 10 things to know about industrial farming.

1. It is not quite the bargain it seems.

According to some estimates, industrialized farming–which produces greenhouse gas emission, pollutes air and water, and destroys wildlife–costs the environment the equivalent of about US$3 trillion every year.

Externalized costs, such as the funds required to purify contaminated drinking water or to treat diseases related to poor nutrition, are also unaccounted for by the industry, meaning that communities and taxpayers may be picking up the tab without even realizing it.

2. It can facilitate the spread of viruses from animals to humans.

While their genetic diversity provides animals with natural disease resistance, intensive livestock farming can produce genetic similarities within flocks and herds. This makes them more susceptible to pathogens and, when they are kept in close proximity, viruses can then spread easily among them. Intensive livestock farming can effectively serve as a bridge for pathogens, allowing them to be passed from wild animals to farm animals and then to humans. 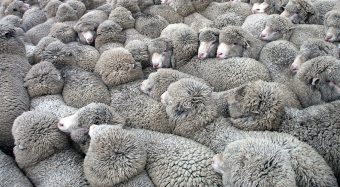 3. It has been linked to zoonotic diseases.

Clearing forests and killing wildlife to make space for agriculture and moving farms nearer to urban centres can also destroy the natural buffers that protect humans from viruses circulating among wildlife. According to a recent UNEP assessment, increasing demand for animal protein, unsustainable agricultural intensification and climate change are among the human factors affecting the emergence of zoonotic diseases.

In addition to preventing and treating disease, antimicrobials are commonly used to accelerate livestock growth. Over time, microorganisms develop resistance, making antimicrobials less effective as medicine. In fact, about 700,000 people die of resistant infections every year. By 2050, those diseases may cause more deaths than cancer. According to the World Health Organization, antimicrobial resistance “threatens the achievements of modern medicine” and may precipitate “a post-antibiotic era, in which common infections and minor injuries can kill.” 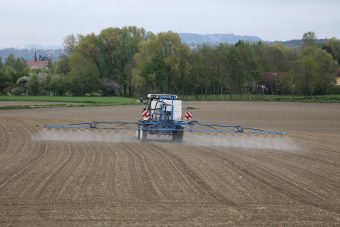 5. Its use of pesticides may have adverse health effects.

Large volumes of chemical fertilizers and pesticides are used to increase agricultural yields and humans may be exposed to these potentially-toxic pesticides through the food they consume, resulting in adverse health effects. Some pesticides have been proven to act as endocrine disruptors, potentially affecting reproductive functions, increasing the incidence of breast cancer, causing abnormal growth patterns and developmental delays in children, and altering immune function.

6. It contaminates water and soil and affects human health.

Agriculture plays a major role in pollution, releasing large volumes of manure, chemicals, antibiotics, and growth hormones into water sources. This poses risks to both aquatic ecosystems and human health. In fact, agriculture’s most common chemical contaminant, nitrate, can cause “blue baby syndrome”, which can lead to death in infants.

7. It has caused epidemics of obesity and chronic disease.

Industrial agriculture produces mainly commodity crops, which are then used in a wide variety of inexpensive, calorie-dense and widely available foods. Consequently, 60 per cent of all dietary energy is derived from just three cereal crops–rice, maize and wheat.

Although it has effectively lowered the proportion of people suffering from hunger, this calorie-based approach fails to meet nutritional recommendations, such as those for the consumption of fruits, vegetables and pulses. The popularity of processed, packaged and prepared foods has increased in almost all communities. Obesity is also on the rise globally and many suffer from preventable diseases often related to diets, like heart disease, stroke, diabetes and some cancers.

8. It is an inefficient use of land.

In spite of an insufficient global supply of pulses, fruits and vegetables, livestock farming is ever more ubiquitous, perpetuating a self-sustaining cycle of supply and demand. Between 1970 and 2011, livestock increased from 7.3 billion to 24.2 billion units, worldwide, with about 60 per cent of all agricultural land used for grazing. Agriculture has become less about producing food and more about generating animal feed, biofuels and industrial ingredients for processed food products. Meanwhile, while there may be fewer people in the world who are undernourished, there are many more people who are now malnourished.

At the other end of the food supply chain, food that is affordable to the poor may be energy-dense but is invariably nutrient-poor. Micronutrient deficiencies may impair cognitive development, lower resistance to disease, increase risks during childbirth and, ultimately, affect economic productivity. The poor are effectively disadvantaged both as producers and consumers. 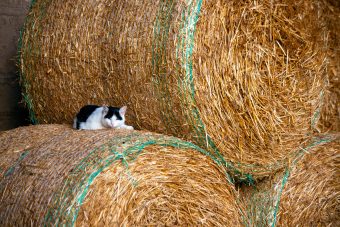 10. It is fundamentally at odds with environmental health.

In the early 20th century, the Haber-Bosch process–which would transform modern agriculture–used very high temperatures and pressure to extract nitrogen from the air, combine it with hydrogen, and produce ammonia, which is now the basis of the chemical fertilizer industry. That effectively rendered nature’s own fertilization process (sun, healthy micro-biotic soils, crop rotation) obsolete. Today, ammonia production consumes 1-2 per cent of the world’s total energy supply accounts for about 1.5 per cent of total global carbon dioxide emissions.